Hirscher earns slice of history with dominant slalom win in Are 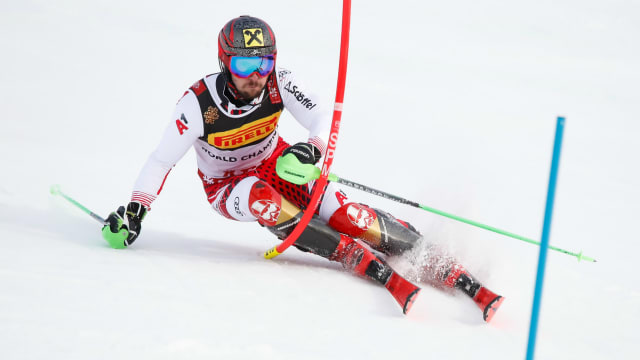 Marcel Hirscher earned a share of FIS Alpine World Ski Championships history with a dominant win in a slalom race where Austria swept the podium.

The Austrian now has three slalom world titles, having also triumphed in the discipline in 2013 and 2017, joining Ingemar Stenmark as the only racers to have a hat-trick of golds in the event.

Compatriots Michael Matt and Marco Schwarz completed the top three in Are, marking the first time a country has swept the men's slalom podium at the Worlds.

Hirscher was leading by 1.35seconds after a storming first run and, although his lead was chipped away at, his combined time of two minutes and 5.86secs was 0.65secs better than Matt's.

Alexis Pinturault was in the top three after the first run, but slipped out of the podium places to finish fourth.