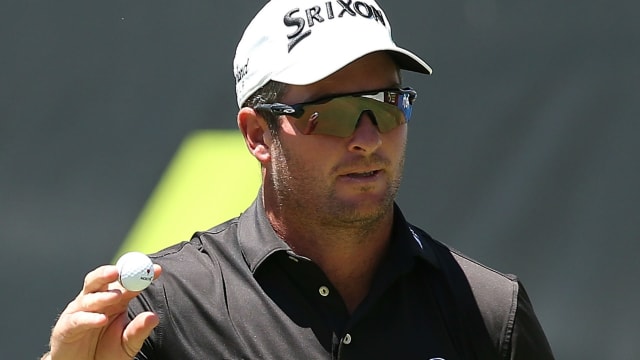 Ryan Fox put on a dominant display in the World Super 6 Perth final to claim the title with a 3 and 2 win against Adrian Otaegui.

The New Zealander made gains on the opening three holes of the decider against his Spanish opponent to put himself firmly in the driving seat.

Matching Otaegui shot-for-shot on the fourth was enough to wrap up victory with two holes to spare.

"I've been close a couple of times and it was certainly nice to get one over the line today in a place I hold pretty special," Fox said after his victory in an event co-sanctioned by the PGA Tour of Australasia, the European Tour and the Asian Tour.

"There was some scrappy stuff in there but I got out of trouble when I needed to and I played great today in the final. Adrian didn't quite play to his best this afternoon but I'm quite happy to take advantage of that.

Fox earned a bye into the last 16 but made hard work of his route to the final thereafter.

He needed three visits to the shootout hole to get the better of Jazz Janewattananond, before edging 1up results against Kristoffer Reitan and Paul Dunne.

And then there was 1... #WS6Perthpic.twitter.com/qfbMWPh5NT

Dunne finished in third place following his win against Scott Vincent in the play-off.

The Irishman squandered a 2up advantage as Vincent hit back to send their match into an extra hole, but a birdie in the decider spared Dunne's blushes.