Ashton ruled out for Wales clash 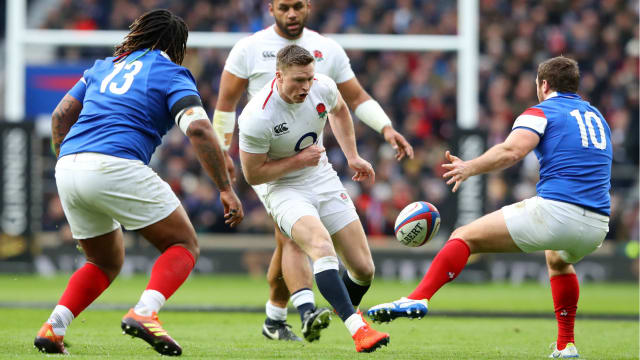 England wing Chris Ashton has been ruled out of next weekend's Six Nations clash with Wales due to a calf injury.

Coach Eddie Jones named a group of 33 players who would prepare for the match but a minor strain means Ashton is absent.

The Sale Sharks man came on as a replacement during the opening victory over Ireland in Dublin and featured from the start as England maintained their winning start against France last time out.

England had already confirmed that Mako Vunipola will be missing, with the Saracens prop having sustained an ankle injury at Twickenham last weekend.