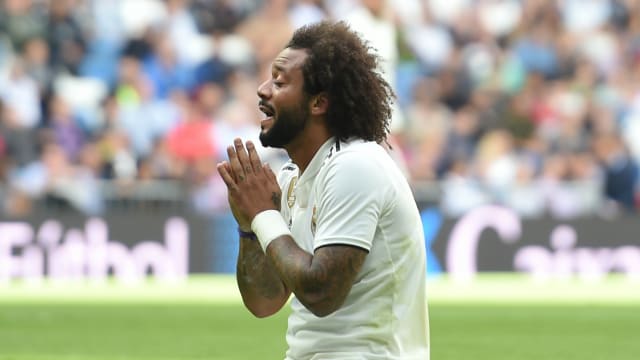 After two matches among the substitutes, the experienced Brazil international was restored to the starting XI on Sunday and only succeeded in fuelling positional rival Sergio Reguilon's claims for a permanent berth.

His defending was questionable for both Girona goals as Los Blancos slumped to their seventh league loss of the season, six of which have been suffered in Marcelo's 13 matches.

The European champions have managed a paltry five victories in that time, meaning the 30-year-old has been on the victorious side in just 38.5 per cent of his LaLiga appearances this term.

Rumours that he could reunite with Cristiano Ronaldo at Juventus have emerged amid the decline and Santiago Solari's belief in the identity of his best option on the left side of defence could be cemented with a glance at the available data.

Solari: "We will continue to fight for all three titles." #HalaMadridpic.twitter.com/aBDRr9Dfdc

In 22-year-old Reguilon, the Madrid boss has a trusted commodity known since their time together with Castilla and one who statistically offers better results in all departments.

The homegrown product made headlines for the wrong reasons in October when widely shared footage showed Sergio Ramos reacting angrily to an innocuous training ground collision between the pair, but he has since remodelled his image as an important ingredient in improved Madrid performances.

Reguilon has helped Solari's men claim maximum points in eight of his nine LaLiga outings, during which their average number of goals conceded has fallen from 1.4 per game to 0.9.

In all competitions, Madrid's 2018-19 winning record with the long-serving Marcelo in the team stands at 50 per cent, a stark comparison to the 82.4 per cent of games they have won without him.

Time, at least at the Santiago Bernabeu, may be running out for the four-time Champions League winner to restore his fading reputation.

Girona come back to secure first win at the Bernabeu!