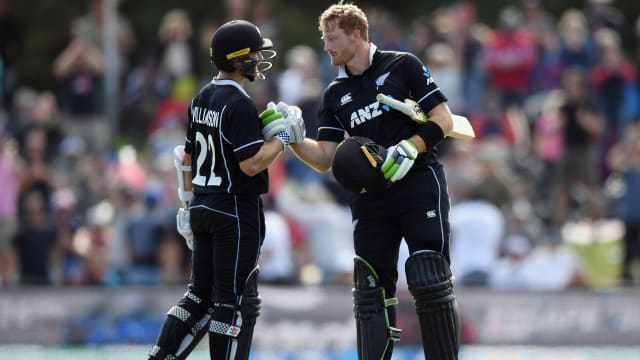 The Black Caps took a 2-0 lead in the three-match series after an eight-wicket victory in Christchurch on Saturday.

The display pleased Williamson, who praised his bowlers for taking advantage of favourable early conditions.

"Another clinical performance from us, which is sort of what we're wanting, what we're asking," he told Sky Sport.

"Guys are coming out and playing their roles.

"I thought the lads in the first half with the ball in hand were outstanding. There was a little bit there for us with the overcast conditions and we did get a bit out of the surface, which was nice, and we were able to take those regular wickets which is important."

Guptill's century was his 16th in ODIs, moving level with Nathan Astle and second only to Ross Taylor (20) for most for his nation.

There it is! Martin Guptill brings up his 16th ODI century equalling the number Nathan Astle scored in his career. This effort from Guptill off just 76 balls. Superb!#NZvBANpic.twitter.com/ZPXC6Y4Gae

The opener, who also scored a ton in the series opener, said his focus was on contributing for the Black Caps.

"You always go out there and do your best for the team first," Guptill told Sky Sport.

"Those sort of milestones come as a byproduct of that."

The final match of the ODI series is in Dunedin on Wednesday.