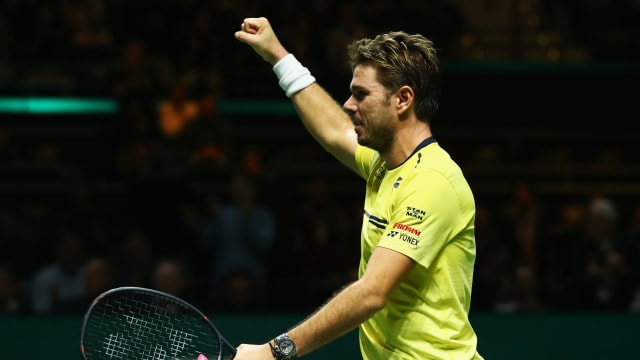 Wawrinka had not reached a final since the 2017 French Open, where he lost to Rafael Nadal, after a rotten run with injuries but will now bid for a 17th career title.

After dominating the first set, Wawrinka was 4-0 down in the second before mounting a comeback that fell short and saw the match enter a decider.

There was little to separate the two until Nishikori had to serve to stay in the contest and a thumping forehand winner on his first match point left Wawrinka celebrating a big win.

Stan is back in business

Here's the moment @stanwawrinka booked his place in the @abnamrowtt final

A week after losing to Medvedev in the Sofia Open semi-finals, where the Russian went on to become champion, Monfils earned a 4-6 6-3 6-4 triumph in their rematch.

Monfils, a runner-up in Rotterdam in 2016, landed 29 winners in a match lasting two hours and eight minutes.

Medvedev had won 15 consecutive sets before dropping the second to Monfils.