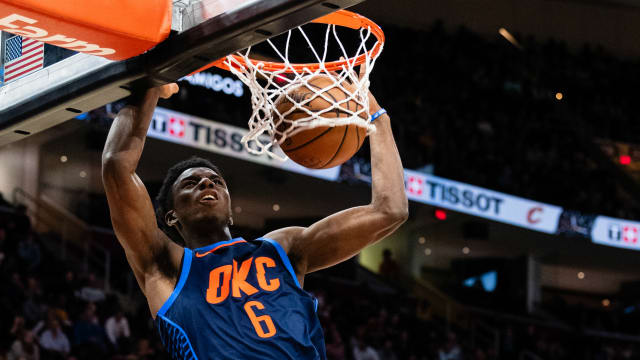 Diallo stunned the Charlotte crowd with his slam-dunk on the NBA's All-Star weekend after flying over Los Angeles Lakers great O'Neal, who measures 2.16metres tall.

Wearing a Superman t-shirt underneath his Thunder jersey, Diallo got the arena on its feet with a stunning leap over O'Neal in the Slam Dunk contest.

The 20-year-old finished with his elbow inside the basket, just like Carter did during the 2000 event, to reach the final.