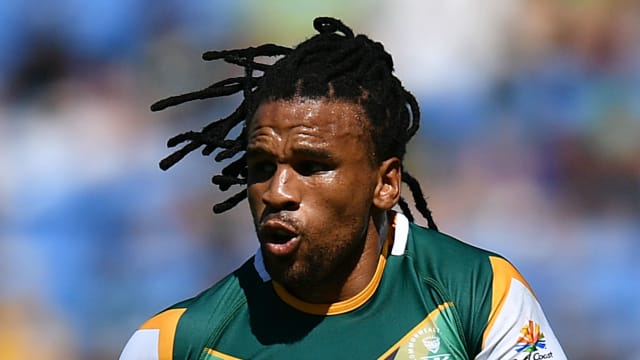 Rosko Specman scored a phenomenal double on his Super Rugby debut as the Bulls thrashed the Stormers 40-3 in Pretoria on Saturday.

Former sevens star Specman, 29, showed incredible pace and agility to cross twice inside the first 20 minutes, before the TMO denied him a third in the bonus-point triumph because of a knock-on by Corniel Els.

Specman took just four minutes to get off the mark, stepping past Dillyn Leyds and Wilco Louw on the left before turning on the afterburners to touch down by the posts.

The Bulls winger was at it again in the 19th minute, with Jano Vermaak unable to stop him crossing after he broke the Stormers' line and beat Leyds once more.

John-Ben Kotze got the hosts' third try as they went into the break leading 21-3 – SP Marais getting the sole points on the board for Robbie Fleck's side – and Jesse Kriel latched onto Handre Pollard's brilliant chip to extend their advantage after the restart.

Els made contact with Damian de Allende's pass when attempting to tackle the Springbok centre, and Specman's try after booting the ball into the in-goal area was consequently chalked off.

Pollard missed just eight kicks at goal last season - the fewest of any player to have attempted more than 50 - and he added four second-half penalties as he finished the game with 100 per cent accuracy from the tee and 20 points.