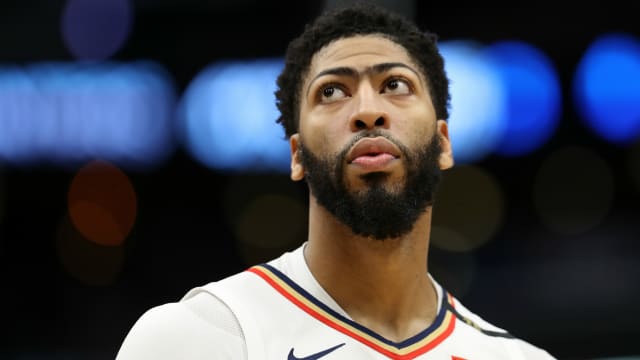 Davis' agent Rich Paul last month revealed the New Orleans Pelicans All-Star had no plans to re-sign ahead of free agency in 2020.

The Los Angeles Lakers tried to facilitate a trade prior to the deadline but a move did not materialise.

Davis was fined $50,000 for making a public trade request and on Saturday, Silver told reporters in Charlotte: "I don't like trade demands, and I wish they didn't come.

"I wish all those matters were handled behind closed doors… I think we could do a better job as a league in avoiding those situations that get to the point where players are demanding to be traded or, in a worst-case scenario, saying they won’t honor their contract."

On the fine, Silver added: "Nobody who is part of the NBA wants to live in a police state. Trade demands are nothing new in this league. Some of the greatest players in history have demanded trades.

"Having said that, no one likes to see an instance where a player is demanding that he be traded when he still is in the middle of a contractual obligation to a team. That's one reason, in the most recent case, I fined the player. I recognise that there's very little I'm going to do to ever stop that completely."

"It's perfectly appropriate that [trade request] conversations take place behind closed doors," he continued. "When they make a public spectacle of it, [there is] enormous media interest… but that's not the kind of media interest we're looking for."

The Golden State Warriors have appeared in four straight NBA Finals and are favoured to return to the big stage again in 2019, though the Milwaukee Bucks boast the league's best record.

The Denver Nuggets and the Sacramento Kings have also impressed this season.

"You can point to teams like Milwaukee, teams like Oklahoma City, what's happening in Denver now and Sacramento as signs that the system is working better than it has historically," Silver said. "I'd say we still have work to do, though. ... We can still come up with a better system to create more competition."