Schwartzman saves match point to down Thiem in Buenos Aires 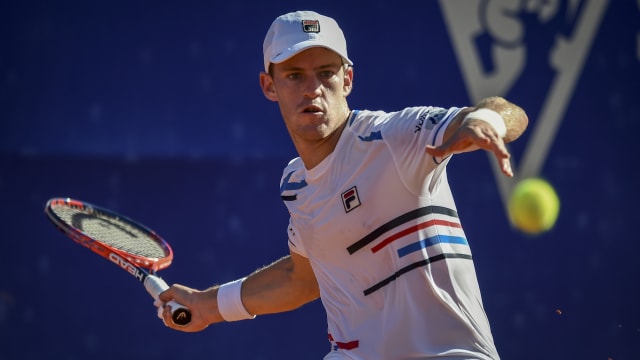 Home favourite Schwartzman was staring down the barrel of defeat against top seed Thiem, who had an 11-0 record in Buenos Aires, after slipping 4-1 down in the decider.

In a match that swung this way and that, Schwartzman embarked on a four-game winning streak and had the opportunity to serve out for the match, only to lose his nerve and see Thiem level at 5-5.

Austrian Thiem then had match point on Schwartzman's next service game, but the Argentine fought off the threat and clinched the breaker with the first match point of his own to punch his ticket to the final.

Third seed Cecchinato had a decidedly easier route to the final as he overcame Guido Pella 6-4 6-2.