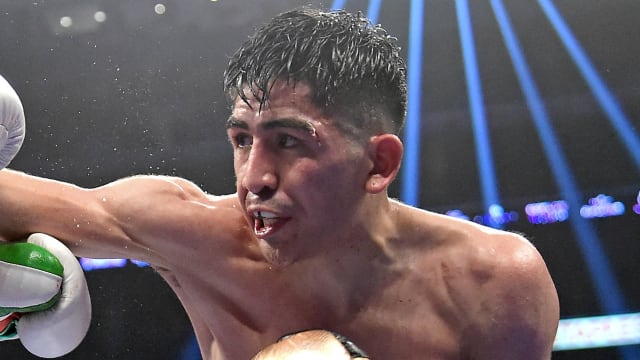 Santa Cruz dominated over 12 rounds in Los Angeles, where the Mexican boxer defended his belt for the third time.

All three judges scored the bout 119-109 for three-division titleholder Santa Cruz, who outclassed Rivera on Saturday.

The 30-year-old Santa Cruz (36-1-1, 19 KOs) faced Rivera after original challenger Miguel Flores was forced to withdraw three weeks before the fight due to an ankle injury.

And Santa Cruz was a class above against Rivera (26-3-2, 17 KOs) at the Microsoft Theater – the veteran targeting his opponent's body throughout.

"I want the best, I want to unify the belt against anybody," Santa Cruz told FOX afterwards. "I want to fight any of the champions at featherweight or a third fight with Carl Frampton.

"I want to be back this summer and fight three times this year against the best in the division."