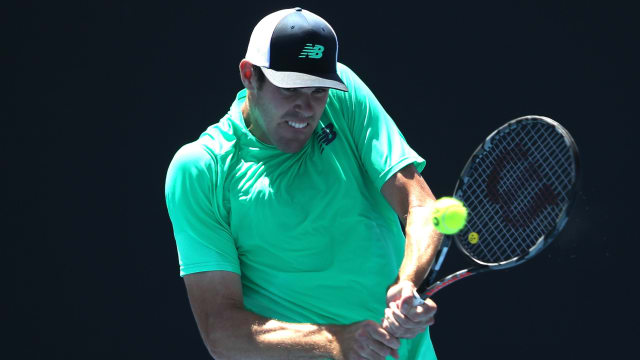 On Saturday, Opelka fired down 43 and Isner posted 38 of his own to surpass the previous record of 71 set by Nick Kyrgios and Ryan Harrison in January.

Opelka upset Isner in three sets – all tie-breaks – at the Australian Open last month and the 21-year-old was at it again in the Big Apple on Saturday.

Reilly Opelka and John Isner have set a new ATP Tour record for combined aces in a three-set match (81) in their @NewYorkOpen SF, shattering the previous record (71, Kyrgios vs. Harrison 2019 Brisbane R1). pic.twitter.com/KzaMe4AgZw

Schnur had never won an ATP Tour main draw match prior to the New York Open this week but the 23-year-old is enjoying a dream run.

"It's an extremely big moment for me. These last few days have been unbelievable," said Schnur, who fended off five set points in the opening set. "I was one of the last guys to get into qualifying and my coach said to just see what happens. I think I've turned a lot of heads this week and am on the come-up."