'It's more of an aspiration' – LeBron clears up potential NBA ownership 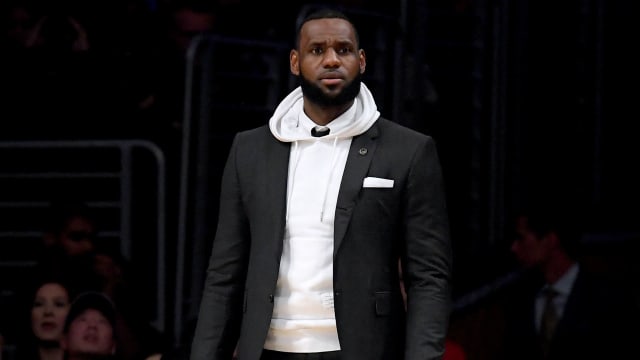 Los Angeles Lakers superstar LeBron James said owning an NBA franchise is more of an aspiration, not a dream.

James fielded questions after a story in The Athletic quoted him saying, "Ain't no maybe about it, I'm going to do that s***," when asked about owning a team after he retires.

Responding during Saturday's media availability during the All-Star weekend, James told reporters: "I was asked a question and, um, I answered it how I felt at that point in time.

"I know I got so much knowledge of the game that I don't want to, once I stop playing, I just [do not] want to get away from the game.

James topped the Forbes' list  of the league's highest earners — which factors in salaries, endorsements, appearances, royalties and media pacts — for a fifth straight year.

He has a net worth of more than $450million, according to the report, with the average NBA team worth approximately $1.9billion.

"I got a lot more game to play. I got a lot. A ton more years to play this game and suit up and be in a Lakers uniform. Once we get to that point, we'll cross that path. Hopefully, I can sit up here and answer questions as a player for a long time."

James is captain of one of the two All-Star teams competing this weekend.

At the All-Star break, the Lakers sit 10th in the Western Conference with a 28–29 record.