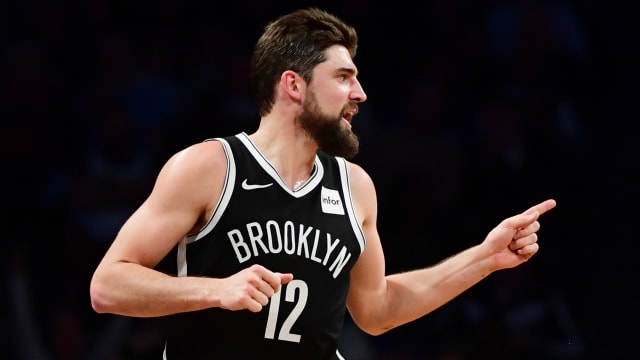 Curry claimed the shooting event in 2014-15 and the two-time MVP looked on track for another victory in Charlotte on Saturday.

One of the best shooters in the NBA, Curry made his final 10 shots to post a first-round score of 27, while Harris managed 25.

Featuring in his first All-Star weekend, Harris scored 26 points in the championship round – two more than Curry.

Joe Harris goes perfect on his money ball rack and wins the #MtnDew3PT contest with a final round score of 26! #NBAAllStar#WeGoHard#StateFarmSaturday on @NBAonTNTpic.twitter.com/xw7WABBHeW

Buddy Hield of the Sacramento Kings finished third with 19 points at the Spectrum Center.

"I'm just fortunate to be here," Harris told TNT. "We were talking about it coming in, obviously the field is stacked … It's just an honor to be here, an honor to compete with everybody."

#StephCurry knocks down STRAIGHT en route to a first round score of 27! #MtnDew3PT#StateFarmSaturday on @NBAonTNTpic.twitter.com/vx5pgSorIi

Harris, who went first in the contest, added: "I actually thought it would be an advantage because I was able to warm up beforehand.

"Instead of coming down and sitting and getting cold, I was able to get warm and get myself in a rhythm."