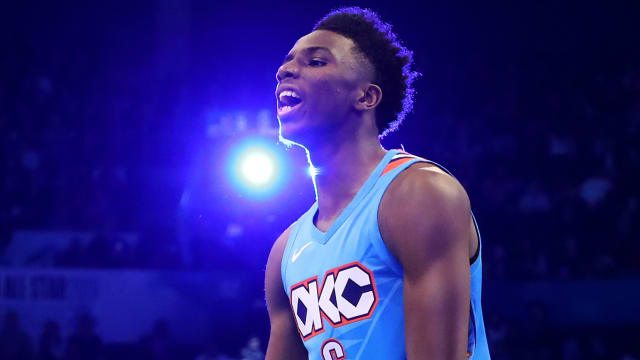 Oklahoma City Thunder's Hamidou Diallo leaped over an NBA Hall of Famer en route to a memorable victory in the Slam Dunk contest on Saturday.

With Thunder team-mates Russell Westbrook and Paul George watching from the sidelines – and wearing a Superman t-shirt underneath his Thunder jersey – Diallo got the arena on its feet as he finished with his elbow inside the basket.

That gave Diallo a score of 50 and a 98-point total in the first round as he progressed to the final along with New York Knicks guard Dennis Smith Jr.

After channelling Vince Carter's iconic 2000 dunk attempt, Diallo was not to be denied as the 20-year-old soared over American artist Quavo en route to an overall score of 88, three points more than Smith.