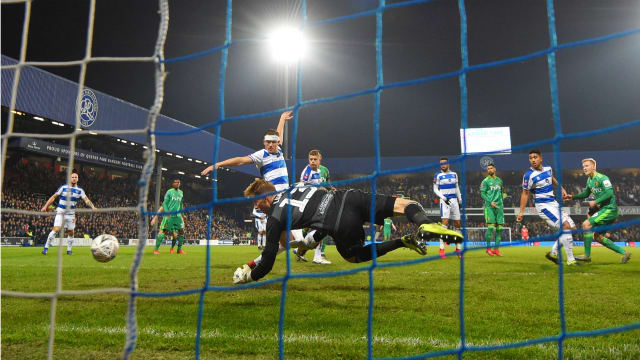 Watford edged into the FA Cup quarter-finals as Etienne Capoue's volley proved enough to see off Championship side QPR 1-0 at Loftus Road.

With Matt Smith, Massimo Luongo and Nahki Wells having passed up opportunities to put the hosts ahead, Capoue struck in clinical fashion on the stroke of half-time.

QPR rallied after the interval, Wells failing to capitalise on a Christian Kabasele error, although Andre Gray had a goal incorrectly ruled out for offside.

That decision almost came back to haunt Watford in the closing stages, but Toni Leistner somehow fired wide of an open goal as Javi Gracia's side held firm to book their place in the last eight.

Jose Holebas' swift reactions denied Smith a free header in the 24th minute, with Daryl Janmaat then prodding wide at the other end.

Unsure goalkeeping from Heurelho Gomes almost proved costly soon after, but Luongo's effort looped inches off target, with Watford's shot-stopper atoning for his error when he kept out Wells' low strike.

That save paid further dividends in first-half stoppage time, Capoue sweeping in on the volley after connecting with Tom Cleverley's scuffed shot.

Kabasele's dreadful clearance allowed Wells to pounce just after the hour, only for the Burnley loanee to rush his effort and curl wide.

Leistner should have made that good fortune count to take the game to extra time but he failed to hit the target from point-blank range as QPR's cup run came to an end.