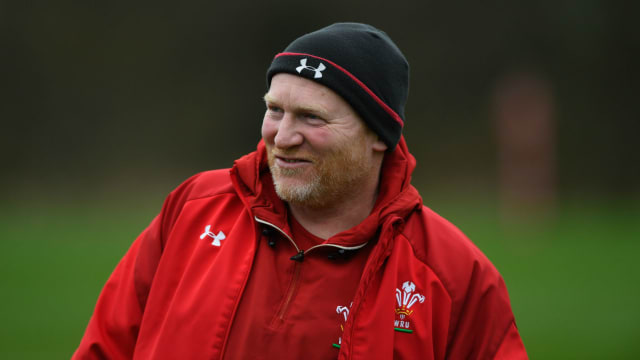 Neil Jenkins is paying little attention to Eddie Jones' pre-match comments as Wales and England gear up for action next week.

Head coach Jones has seen his England side make a perfect start to the Six Nations and, despite a break in the schedule this weekend, has already started to poke fun at next opponents Wales.

Jones suggested Warren Gatland's men represent the best Welsh team of all time but insisted England have nothing to fear in Cardiff.

Yet Wales great Jenkins, who serves as Gatland's kicking coach, expected that there would be plenty of bluster ahead of the clash and even suggested that Jones might be right in playing down the significance of the venue.

"I'm not concerned about what he says. It's up to Eddie what he says," Jenkins said. "He's got an opinion and he's entitled to that.

"[Cardiff] might not be intimidating for England. They've won the last few times they've played there so it's probably not a fortress for them. Maybe he's right in what he's saying.

REPORTER: Neil, how did it feel to win that famous game in Wembley in '99?

KATRINA AND THE WAVES: We'll answer that one... pic.twitter.com/yn18jiF1NE

"It is what it is. I'm sure there's a lot of anger that will be thrown out between now and the game.

"I'm sure Eddie will throw some as well. He's a fantastic coach, has done a fantastic job with England and has done throughout his career.

"It's Wales v England - it doesn't get any better than that for us. When the All Blacks come to town, that's a humongous game. This can be on a par."

Both teams have won their opening two matches of the campaign, with England defeating Ireland and France. Wales saw off the French and then Italy.