Depay can be among world's best – Rafael 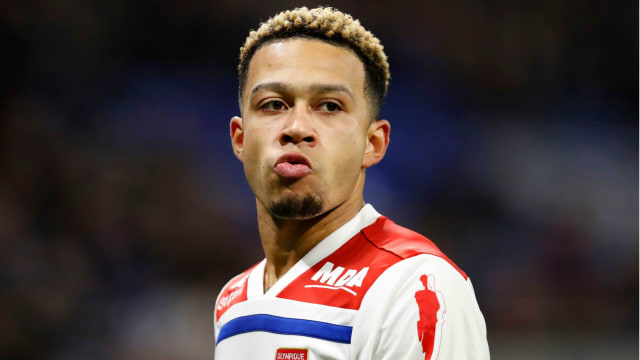 Memphis Depay can go on to become one of the world's best players if he adds consistency to his performances, according to Lyon team-mate Rafael.

Forward Depay scored 22 goals in all competitions last term but has struggled to recapture that form this season, scoring just six, the last of which came in November.

Rafael has backed the 25-year-old to improve, insisting Depay has the talent to reach the levels set by the likes of Lionel Messi, Cristiano Ronaldo and Neymar.

"It's consistency," former Manchester United defender Rafael told Omnisport. "Memphis could dream about being a top-three player in the world if he was playing amazing every game, like Messi, Ronaldo and Neymar, and players who are close to the best like [Antoine] Griezmann.

"If Memphis does it, he could reach that level. One game he is extraordinary, one game he's not doing well.

"If he plays extraordinary games and good games, this is where it'll change for him."

Happy birthday @Memphis!!!!
Show him some love as he turns 25 today!! pic.twitter.com/WzoZYFhcCY

Depay was criticised at the start of the campaign, having returned late for pre-season training amid links with a move away from Lyon.

Rafael, however, dismissed the suggestion that Depay is not committed to Lyon.

"As a man, he's different, but it's normal for me," Rafael said.

"He likes what he likes, but that's it. Some people think that all footballers have to be the same, but he's a different guy.

"He's a professional guy, many people think he's not, but Memphis is very professional. I know at the start of the season, he was late, but I think it was a communication issue, of course it's a bit his fault.

"But he's always on time, he's training, he's doing things very well. I can say it because I'm with him every day and he's a great pro."