Allegri: Juventus must score in Madrid 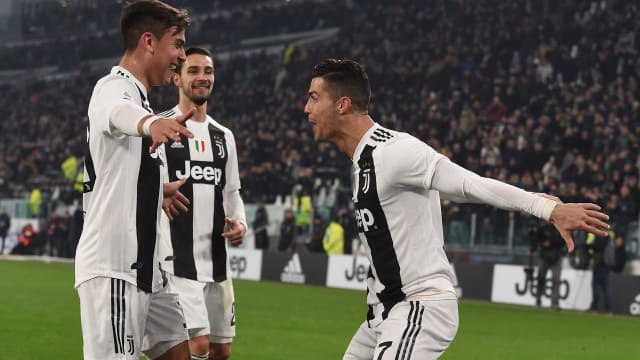 Juventus coach Massimiliano Allegri believes his team's Champions League last-16 tie against Atletico Madrid is open and he is eager to find an away goal.

The Serie A leaders make the trip to the Wanda Metropolitano on Wednesday for what shapes as a blockbuster tie.

Allegri is desperate for Juve to find a breakthrough in the Spanish capital, but he is wary of Atletico, who have reached at least the Champions League quarter-finals in four of the past five seasons.

"The team is in good shape. It is a two-legged challenge against a very physical team," he said after Friday's 3-0 win over Frosinone.

"Atletico plays very aggressive football when playing at home. It is a team that has had great results in previous years in Europe.

"It is an open match, we have as much chance to go through as they do.

"The first thing we must do is score a goal in Madrid. Scoring in Madrid will be decisive for our qualification."