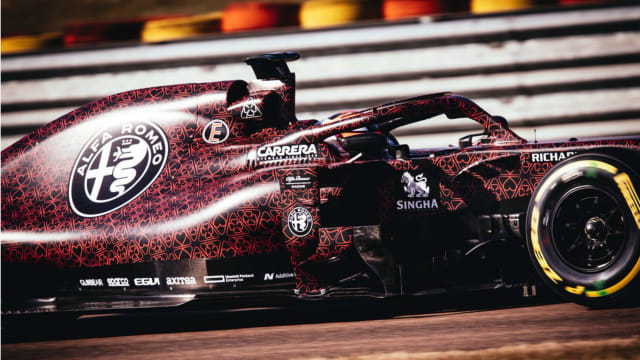 The former Sauber team are yet to officially launch the car but Raikkonen was in the cockpit as they got some laps under their belts at Fiorano in Italy in an interim colour scheme featuring hearts.

Alfa Romeo could reveal their official look for the coming campaign when pre-season testing gets under way in Barcelona on Monday.

The move follows that of Red Bull, who launched with a special livery of their own on Wednesday.

We know the way to your heart