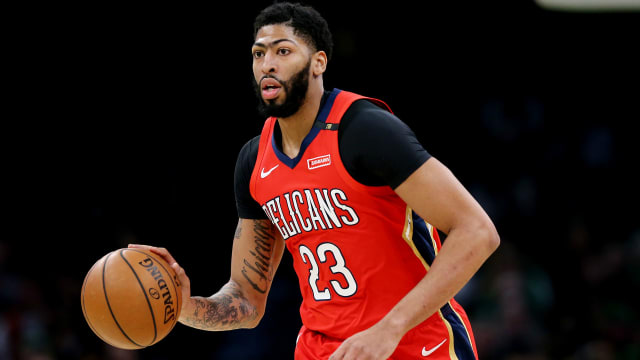 Anthony Davis did not return to the floor after half-time for the New Orleans Pelicans on Thursday.

The 25-year-old forward left the Pelicans' game against the Oklahoma City Thunder with a left shoulder injury, the team announced. Davis appeared to suffer the injury on the last play of the second quarter.

He asked the Pelicans to move him in late January and the Los Angeles Lakers had been engaged in discussions about acquiring him. But, no deal was reached before the deadline and Davis will remain with New Orleans for at least the rest of the season.