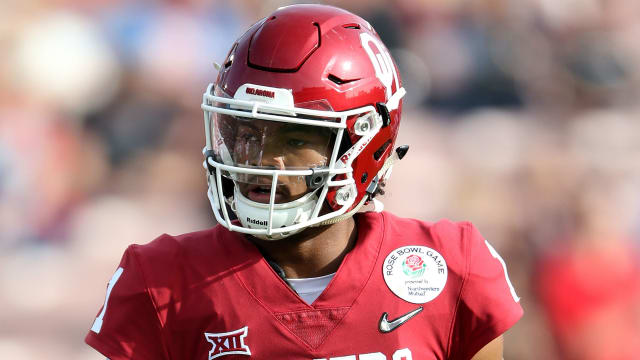 Kyler Murray's decision to pursue an NFL career over one in professional baseball did not come as much of a surprise to Oklahoma coach Lincoln Riley.

Murray announced on social media on Monday - four days before he was scheduled to report to spring training with the Oakland Athletics - that he is fully committed to becoming an NFL quarterback and has started an extensive program to prepare himself for upcoming NFL workouts and interviews.

And Riley, whose guidance helped Murray lead the Sooners to the College Football Playoff semi-finals, believes the decision was the right one.

"I think he got to the point where he knew he had a good situation either way, and I think in the end he just had a love of football that he just couldn't get past," Riley told ESPN Radio.

"I think the idea of being an NFL quarterback is what appealed to him the most.

"It also made sense as far as the way he's played and the way he's viewed in that league and, you know, where he's most likely getting ready to get drafted. So I think it just came together."

Murray, who was the Athletics' first-round pick in the 2018 MLB Draft, is projected to be one of the top quarterback prospects of the 2019 draft.

He completed 260 of 377 passes for 4,361 yards and 42 touchdowns with only seven interceptions and rushed 140 times for another 1,001 yards and 12 touchdowns in his lone season as Oklahoma's full-time starter.

Murray will get the chance to show his skills at the NFL Scouting Combine, which runs from February 26 to March 4 in Indianapolis. He will have additional opportunities to work out for NFL talent evaluators before the draft, which will be held on April 25-27 in Nashville.