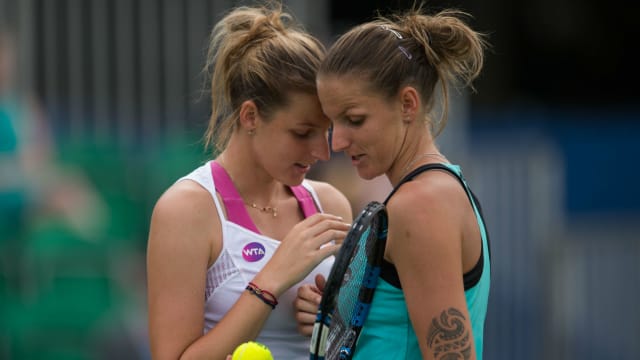 It was a mixed day in the Pliskova family as Karolina's illness allowed Kristyna to take her twin sister's place at the Qatar Open.

Second seed Karolina became the latest big name to withdraw from the tournament in Doha, following in the footsteps of Caroline Wozniacki and Caroline Garcia, among others.

Having been given a first-round bye, the world number five – who won the tournament in 2017 – had been scheduled to face Elise Mertens on Wednesday, but instead it was announced she had pulled out.

Kristyna, ranked 85 places below her sibling, will now compete at the Premier tournament as a lucky loser.

The Czech duo were also set to play in the doubles but have been replaced by Ons Jabeur and Alison Riske.