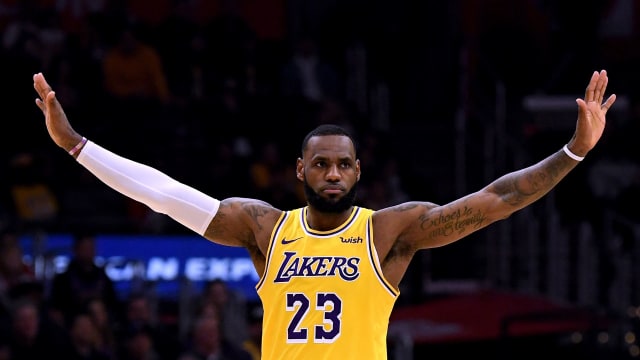 Los Angeles Lakers superstar LeBron James is the top earner in the NBA.

James, 34, left the Cleveland Cavaliers and signed a four-year, $154million contract with the Lakers in the offseason.

The three-time NBA champion is averaging 26.7 points, 8.6 rebounds and 7.4 assists per game during his first season in Los Angeles.