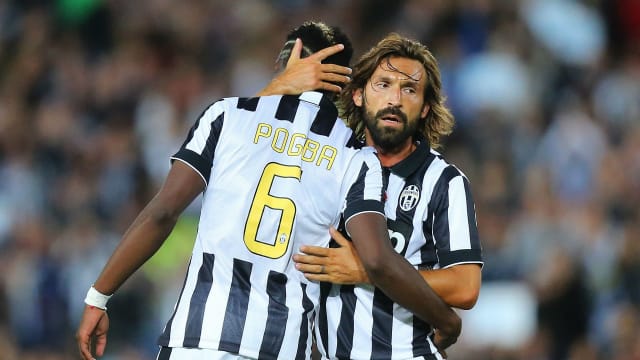 Aaron Ramsey's upcoming move to Juventus was confirmed on Monday, with the Arsenal midfielder signing a pre-contract deal with the Bianconeri.

The Wales international was out of contract at Emirates Stadium at the end of this season and has committed his next four years to Juventus in a deal that will reportedly see him paid £400,000 a week.

Ramsey is far from the first star to make their way to Turin on a free transfer, however.

Juventus have made several smart moves in the transfer market in recent years and so we look at others who have taken this path at the end of their contracts.

World Cup winner Pirlo was used sparingly in his final season at AC Milan in 2010-11, reaching a decision with the club that he would depart at the end of the campaign. But the Rossoneri failed to build on their title triumph and Pirlo joined Juventus, where he won the Scudetto the following season. He lifted the league title in the three seasons after that, too, before moving to MLS.

With Pirlo starring in a deeper role in Turin, 2012 signing Paul Pogba was given license to roam. The Frenchman had not been trusted with a first-team role at Manchester United and it cost the Premier League giants, who splashed out a club-record £89million on Pogba four years and four Serie A titles later. In terms of return on the pitch and in monetary terms, this was a superb deal for Juventus.

While not quite the same success as Pirlo or Pogba on the field, Coman was another Juventus signing which proved an economic victory. Running down his contract at Paris Saint-Germain, the winger moved to Juventus and impressed enough in 15 Serie A appearances to earn a move to Bayern Munich. The Bundesliga champions paid €7m for a two-year loan in 2015, making the deal permanent for €21m.

With Pirlo and Arturo Vidal departing in 2015, Khedira was tempted to Juventus by the promise of regular match action. The Germany international has helped to maintain the Bianconeri's dominance in Serie A ever since and recorded the best scoring season of his career in 2017-18 with nine league goals in just 26 matches.

Alves arrived at Juventus from Barcelona as a veteran option for the 2016-17 season. He stayed for just that single campaign, yet his impact was huge. Massimiliano Allegri's men won the Serie A and the Coppa Italia, with Alves scoring in the final of the latter. Most notably, although ultimately disappointingly, the Brazilian led Juve to the Champions League final. They were beaten by Real Madrid, but he had been inspired against Monaco in the last four.