Former England U20 captain Braley to train with Italy 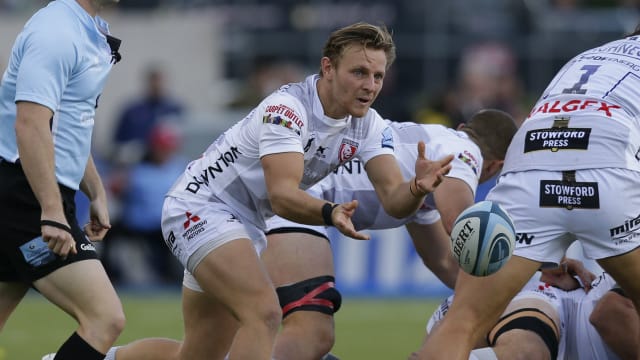 Former England Under-20 captain Callum Braley has been invited to train with Italy ahead of their Six Nations meeting with Ireland next weekend.

Gloucester scrum-half Braley, who qualifies for Italy through his grandfather, skippered England during the defence of the World Rugby U20 Championship title in 2014 but has yet to make a senior international appearance.

The 24-year-old was included in a 33-man group named by Conor O'Shea ahead of Ireland's visit to Rome on February 24.

"I'm absolutely thrilled. It's a massive opportunity for myself to improve and gain some valuable experiences," said Braley.

"It's an exciting opportunity to train in an international environment and learn, Italy have shown a lot of promise."@CallumBraley discusses his invite to link up with @Federugby next week pic.twitter.com/APN2HiwEHe

"I think everyone knows what a competition the Six Nations is, but I think Italy have shown some real promise. It's a good opportunity to get over there and just get among international rugby or just train among that environment.

"One of the things Conor made pretty clear when we first spoke was that it's not a decision to necessarily go over there to play at this moment, but more an opportunity to train and see what the set-ups all about."

Benetton Treviso scrum-half Tito Tebaldi returns after sustaining an injury in the warm-up ahead of Italy's opening match against Scotland, while centre Giulio Bisegni is also available after recovering from a calf injury sustained in November.