Dortmund without Reus, Weigl, Alcacer and Piszczek for Spurs trip 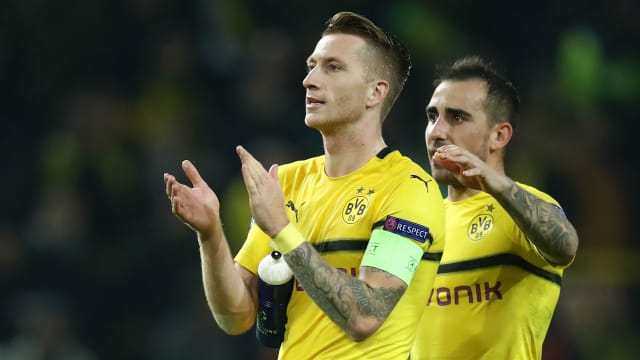 Borussia Dortmund will be without Marco Reus, Julian Weigl, Paco Alcacer and Lukasz Piszczek for their Champions League trip to Tottenham on Wednesday, the club have announced.

Dortmund head to Spurs looking to take a good result back to Germany for the last-16 second leg in early March, but they find themselves in an unenviable position in terms of absences.

Reus has been vital in their charge to the top of the Bundesliga this season, scoring 13 times and setting up another six goals in 19 appearances.

But, the attacker who has suffered with numerous injuries over the last three years, is out with a thigh problem, having also missed the 3-3 draw with Hoffenheim on Saturday.

Balerdi is part of the squad headed to London

Alcacer, also impressive this term with 12 league goals, featured off the bench against Hoffenheim, but he has a shoulder problem.

Weigl will miss the match with the flu, while Piszczek has a foot injury.

Dortmund go into the match at Wembley having not won any of their last three games in all competitions.