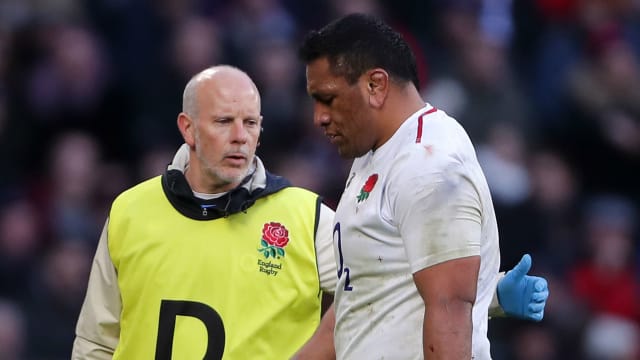 England prop Mako Vunipola will miss the rest of the Six Nations due to an ankle ligament injury.

The forward was replaced by Ben Moon early in the second half of a 44-8 thrashing of France at Twickenham on Sunday.

Vunipola, man of the match in England's victory over Ireland the previous weekend, is expected to be out for 10 weeks, so he will also miss Saracens' European Rugby Champions Cup quarter-final against Glasgow Warriors.

England head coach Eddie Jones said: "It is obviously very disappointing to lose Mako at this stage as he is an important player for us but it does provide an opportunity for the team to grow."