Windies lose Paul to thigh strain in fourth over 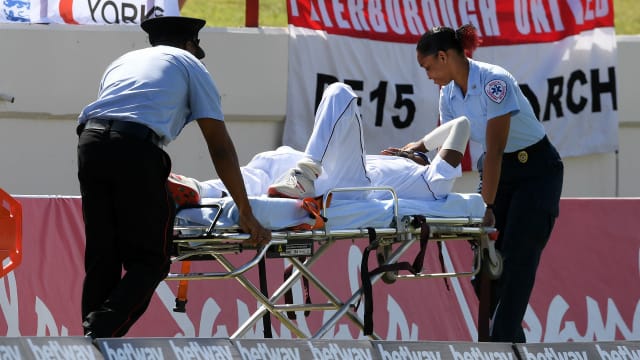 West Indies were dealt a blow in the opening session on day three of the third Test against England, as Keemo Paul was taken off on a stretcher with a thigh injury in St Lucia.

All-rounder Paul, who replaced suspended captain Jason Holder in the team, was chasing Joe Denly's cover drive in the fourth over of the day when he pulled up in pain.

The 20-year-old received attention behind the ropes before being carried around the boundary on a gurney.

A Windies statement read: "Keemo Paul has suffered a right quadricep strain and is unlikely to return to field before tea."

The Windies started the day trailing by 142 runs and Paul got them off to a brilliant start by removing Rory Burns with the opening delivery.