Scholes didn't think he would become a manager, says Solskjaer 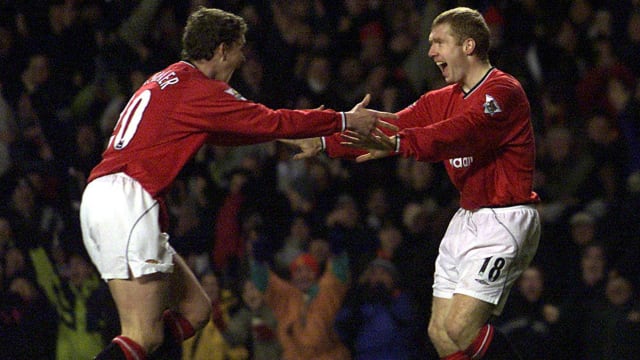 New Oldham Athletic manager Paul Scholes did not think he would turn to coaching at the end of his playing career, according to former Manchester United team-mate Ole Gunnar Solskjaer.

Scholes was confirmed as the new boss of the League Two side on Monday in what is his first full-time managerial post.

The United great won 20 major trophies in a glittering playing career, but has spent much of his time since retiring in 2013 as a television pundit, while he has also been part of the 'Class of 92' consortium that owns a controlling stake in Salford City.

Solskjaer says Scholes will need to watch out for pundit criticism now he has decided to take up a manager job, but he anticipates the ex-England star will do well.

"Watch the pundits, because he's been asking for it and now he's walking in!" said the United caretaker manager. "But it's fantastic to have Scholesy back in the game because he was a fantastic player to play with, a great personality.

"It's a challenge for him. I know it wasn't what he thought he was going to do when he was a player, but you know that drug with football, when you don't get it...

"Paul is one of them: he just loves football. And we'll be watching, definitely. He's just around the corner anyway, so it will be good to watch Oldham."

Best of luck to Scholesy in his new role as first-team manager of @OfficialOAFC!  pic.twitter.com/oVH2q66Bur