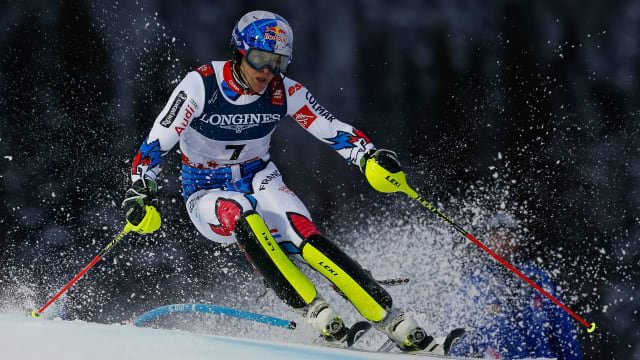 Alexis Pinturault produced a slalom masterclass to win alpine combined gold at the FIS Alpine World Ski Championships in Are on Monday.

Pinturault has not secured a World Cup win since 2017, but the Frenchman delivered in Sweden after being back in 24th place following the downhill.

The 27-year-old weaved his way to a maiden world title in the discipline by clocking 38.92 seconds in a magnificent slalom exhibition, winning by a margin of 0.24secs.

He claimed gold in the team event in St. Moritz two years ago and was on top of the podium on his own this time around.

Pinturault, who claimed a combined silver at the Winter Olympics in Pyeongchang last year, is the first French winner of the event since Michel Vonn back in 1982.

Slovenia's Stefan Hadalin surged from 30th to take silver by negotiating the slalom course in 38.80secs, with Marco Schwarz filling the podium for Austria.

Dominik Paris led after a rapid downhill run of 1:07.27, but the Italian could only finish back in ninth - missing out on a double after being crowned super-G champion last week.

Defending champion Luca Aerni of Switzerland was also out of the medals in eighth spot.