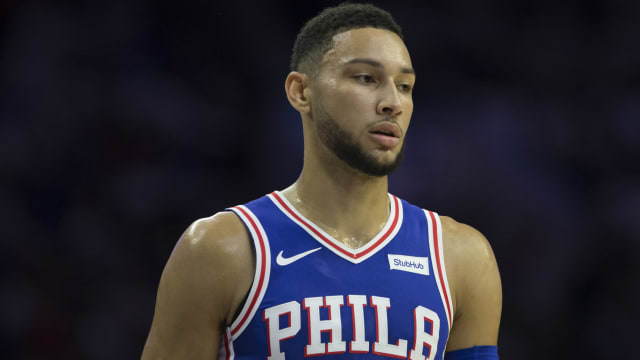 The NBA is set to assess whether the Los Angeles Lakers made illegal contact with Philadelphia 76ers star Ben Simmons.

Although it appears no meeting will take place, the NBA is set to investigate Simmons' interaction with the Lakers to see if any rules were violated.

NBA spokesman Mike Bass told ESPN: "The league office is looking into whether any contact took place between Ben Simmons and the Los Angeles Lakers that violated NBA rules."

Johnson said on Sunday he was happy to meet with Simmons, if it was all cleared by the NBA.

"[Simmons] reached out to me, not to me directly; to the Lakers to find out if we can get together this summer," Johnson said. "I said, 'Hey, you've got to clear that with the league,' and if everybody – the Sixers sign off, we sign off, the league signs off – fine, I will do that."

Los Angeles have been disciplined by the league before. The franchise were fined $500,000 for tampering during their pursuit of Oklahoma City Thunder star Paul George in August 2017.

The 76ers surprisingly acquired forward Tobias Harris from the Los Angeles Clippers before the trade deadline.

They are 2-0 since making the move and will face the Boston Celtics in TD Garden on Tuesday.