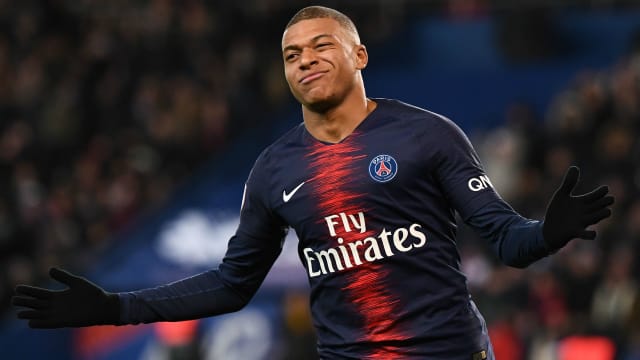 Former Manchester United striker Louis Saha has warned his old side that they face an attacking force "who cannot be stopped" in Paris Saint-Germain star Kylian Mbappe.

Ole Gunnar Solskjaer takes charge of his first Champions League match since taking over as caretaker manager against the Ligue 1 champions at Old Trafford on Tuesday.

PSG have been dealt a series of injury blows in the build-up to the last-16 tie, with Neymar, Edinson Cavani and Thomas Meunier to miss the first leg and Marco Verratti short of full fitness.

However, Saha thinks World Cup winner Mbappe will help to give Thomas Tuchel's side the edge.

"Paris Saint-Germain are slightly ahead because they kept progressing," he told Omnisport when asked to compare the teams. "They have a player like Mbappe who cannot be stopped."

"Man United are a great club with quality players. Paris Saint-Germain are solid because the head coach brought more stability between defence and attack. The coach can easily switch his system, he's very clever and has great communication. He has great coaching staff able to identify the opponent's philosophy. We saw him changing his system several times during a game.

Ole Gunnar Solskjær: "The biggest nights of my career, they have been Champions League nights."#UCLpic.twitter.com/ED1JMLK3JG

"The team has evolved a lot. They haven't taken it to the next level in the Champions League, those few steps left to reach the final. They lacked those elements: the right information, atmosphere, balance, reaction to what cannot be predicted. The coach needs to deal with it, giving the right space and confidence to the players while keeping his defence ready. It's a balance to reach that is different in Champions League to the league."

PSG were considered heavy favourites when the draw was made in December, but their problems with injuries, coupled with United's resurgent domestic form under Solskjaer, suggests the tie could be closely fought.

Saha, in fact, thinks United should not be discounted from challenging for the trophy this season, even if they sit fourth in the Premier League and 14 points behind leaders Manchester City.

"The Champions League is a different world," said Saha, who won the competition with the Red Devils in 2008. "We've seen it with Liverpool and others. Some were not the best in the league and, once in the Champions League, the cohesion rises. It is not the same.

"It is not going to about the one who plays a solid game; that's not enough in the Champions League. It's about the players able to play freely, to deal with the transitions and with the pressure of the last minutes of the game.

"You have to deal with pressure, ego and confidence. Some attack or defend too much [in the final few minutes]. It is a coaching thing. Zinedine Zidane won Champions Leagues and showed us how to do it. We just hope now that Ole does the same."