Hakeem al-Araibi set to be freed by Thai authorities 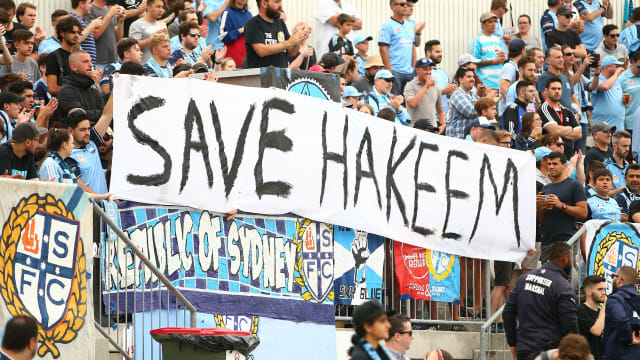 Bahraini footballer Hakeem al-Araibi is set to be released from custody after Thai authorities withdrew extradition proceedings against him.

The 25-year-old travelled to Thailand on his honeymoon and was arrested upon arrival on November 27, detained on an Interpol notice issued at Bahrain's request.

Al-Araibi fled his homeland in 2014 before being granted permanent residence in Australia, where he has since lived and is on the books of semi-professional club Pascoe Vale.

The 25-year-old pro-democracy advocate has been sentenced to 10 years' imprisonment in absentia by the Bahrain regime for alleged vandalism but denies any involvement.

Although Al-Araibi's release is yet to be officially confirmed, the player's lawyer Latifa al-Haouli told SBS News: "We won. They have to send him home as quickly as possible."

We understand that @prayutofficial Govt and court has ruled to release Hakeem. My thanks go to the wonderful people of Thailand for your support and to Thai Govt for upholding international law. My deepest gratitude. Also to everyone who stood for what’s right  #Hakeemhome

Former Australia captain Craig Foster has campaigned stridently for Al-Araibi's release and said his family had shed tears of joy at the news.

Foster tweeted: "My thanks go to the wonderful people of Thailand for your support and to the Thai Govt for upholding international law. My deepest gratitude. Also to everyone who stood for what's right.

"Most important thing now is Hakeem's immediate wellbeing. Sure Embassy staff will take care of him, there'll be tears there tonight, as there are in our household right now. Going to take some moments to thank as many of the incredible people involved as possible.

"Many wonderful people stepped forward to help Hakeem. They all deserve to be in front of camera now, not only me. I can't list them, but will thank each of them in time. My thoughts are with Hakeem's wife. Her nightmare will shortly be at an end. Our prayers answered."