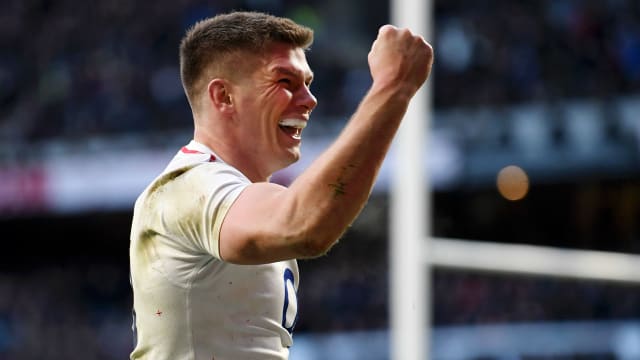 Jamie George hailed Owen Farrell as a "genius" after he produced another inspired display in England's Six Nations thrashing of Italy.

Farrell showed his all-round class, thriving in his role as captain in a 44-8 thumping of Les Bleus at Twickenham on Sunday.

"In my eyes, it's amazing to be playing with a fly-half and captain who is as dominant as he is and who leads from the front in the way that he does.

"Owen's been a captain and leader for a long time now. It's not a new thing for us but he does it really well and it brings the best out of him in terms of his game.

England are top of the table after bonus-point wins over Ireland and France, but George says there is room for improvement ahead of a potentially decisive showdown with Wales in Cardiff a week on Saturday.

"We have to be aware that we did well against France but recognise that it wasn't the perfect performance," said the forward.

"We really did a lot of analysis. We focused on ourselves a lot this week and tried to make sure we put our best performance out there.