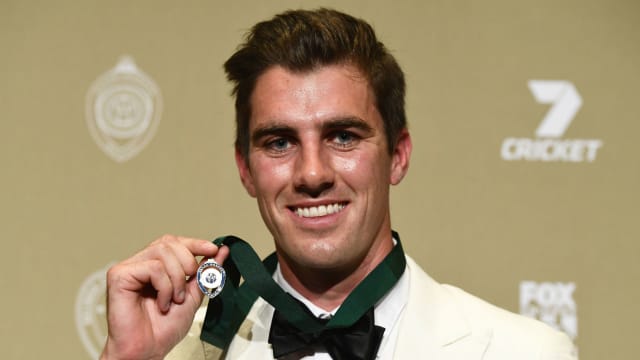 The hostile quick claimed Test-best match figures of 10-62 in the recent series victory over Sri Lanka and has been a shining light in a tough time for Australian cricket.

Either banned duo Steve Smith or David Warner has been named Australia's best male player in each of the last four years, but Cummins was given the honour in their absence at an awards ceremony in Melbourne.

Alyssa Healy picked up the Belinda Clark Award and was named female Player of the Year in all three formats.

Cummins was pinching himself after putting his injury woes behind him in such impressive fashion.

He said: "It's crazy. Mitchell Johnson, I was there when he won it a few years ago and I think of the summer he had.

"All the incredible batsmen who have got it before - it's a bit weird to be honest."