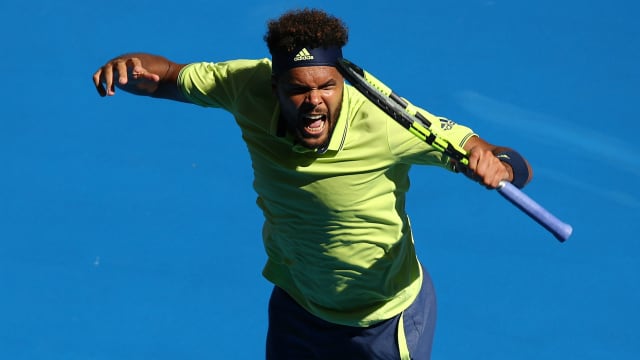 Jo-Wilfried Tsonga won his first ATP Tour title since 2017 with a 6-4 6-2 victory over Pierre-Hugues Herbert at the Open Sud de France.

Tsonga was contesting his first final since the Vienna Open of October 2017 - a match that came a week after he last sampled glory at the European Open in Antwerp.

The former world number five saw his 2018 season wrecked by injury but found form in Montpellier, beating Gilles Simon and Jeremy Chardy on his way to the final.

And the 33-year-old was a comfortable straight-sets victor over Herbert - a run of five games across the end of the first set and the beginning of the second holding the key.

A break late in the opener left Tsonga serving for the set and he maintained that momentum to go a break up in the second.

Tsonga then opened up a 5-1 lead and the match was beyond Herbert.