Sarri: My job is always at risk 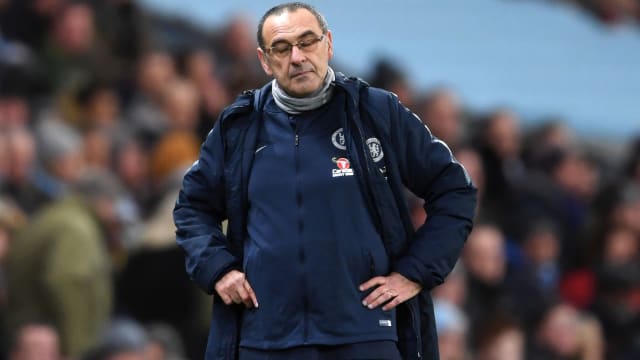 Maurizio Sarri insisted his job was "always at risk" after a humiliating loss to Manchester City put further pressure on the Chelsea head coach.

Chelsea suffered their third defeat in four league games, a 6-0 thrashing at the Etihad Stadium marking the club's biggest ever Premier League loss.

Sarri's side have fallen to sixth in the table and sit a point behind the resurgent and fourth-placed Manchester United.

Asked if he feared for his job, the Italian said there was always pressure and a risk he could be sacked.

"You have to ask the club. I am worried about my team," Sarri told a news conference.

Chelsea are next in action with a trip to Malmo for the first leg of their Europa League last-32 tie.