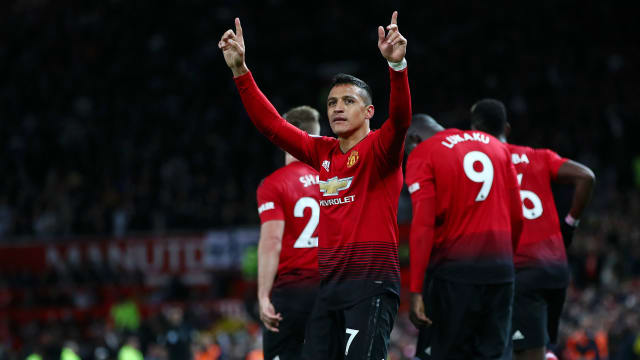 Alexis Sanchez is eyeing a dream Champions League crown with Manchester United as they prepare to face Paris Saint-Germain in the last 16.

Sanchez missed out on European glory at Barcelona, who won the 2011 trophy prior to his arrival from Udinese and again in 2015 after the Chilean star left for Arsenal.

And Sanchez, who has struggled for form since swapping Arsenal for United in January last year, is determined to fulfil his dream at Old Trafford.

"The Champions League is a dream for any footballer," Sanchez told the Mirror ahead of Tuesday's first leg against PSG in Manchester.

"I lived with that dream at Barcelona and saw what it was like. I hope I can win it one day and why not here?

"We have got through the group stage and PSG are next. It's a big test but it's 180 minutes of football - anything can happen.

"United are a club with so much history and are capable of beating any rival.

"If we win at Old Trafford and we don't concede, then I think we would be favourites for the second leg.

"I think we can do that and I see this United team with a lot of chances to score in Paris."

Excitement is building for this week's big #UCL game at Old Trafford! #MUFC

United are 11 matches unbeaten in all competitions since Ole Gunnar Solskjaer replaced Jose Mourinho in December, however, Sanchez is still yet to convince.

Veteran Sanchez, who has only scored twice this season, was on target against former club Arsenal in the FA Cup last month.