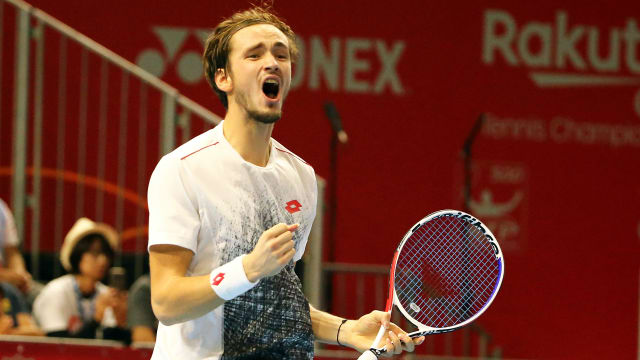 Daniil Medvedev claimed victory in the final of the Sofia Open on Sunday, beating Marton Fucsovics 6-4 6-3.

Medvedev was contesting his second ATP Tour final of 2019, having lost to Kei Nishikori at the Brisbane International last month.

But the Russian enjoyed a change of fortunes this time around as he picked up his fourth career title in straight sets.

Medvedev put Fucsovics under pressure early on and had squandered three break points by the time he made one stick to go 4-3 in front.

Fucsovics hit back immediately, but Medvedev regained his advantage in the next and went on to clinch the opener.

The next breakthrough came early in the second set and Medvedev survived two break points in the sixth game, as Fucsovics' best chance at a fightback slipped from his grasp.

Medvedev finished the job with a break to love.