Leeds winger Clarke out of hospital after illness scare 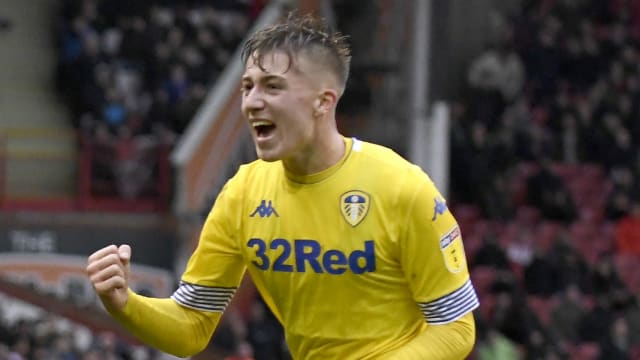 Leeds United chief executive Angus Kinnear confirmed that the club's teenage winger Jack Clarke is heading home from hospital to rest after suffering an illness during Saturday's 1-1 draw with Middlesbrough.

Clarke was treated by paramedics in the Leeds dugout during the last 10 minutes of the game at the Riverside Stadium before being taken to the James Cook University Hospital for tests.

Kinnear said that the 18-year-old, who played the first half of the game before being substituted, spent the night at the hospital and will undergo tests but gave a positive assessment of his condition.

"Jack has had messages from football fans from every club you can imagine and we all really appreciate it," Kinnear told the club's official website.

"Jack spent the night under the supervision of the medical staff from the club and he will return home today.

"He will undergo some more tests this week and everything is looking well, but he won't train for the rest of the week.

"In the meantime we would like to thank everyone who has sent well wishes and once again thank Middlesbrough Football Club for all they did for Jack."

Would like to thank everyone for the support and love they have shown, massively appreciated https://t.co/YeM7tnfuZw

Clarke looks set to miss Leeds' Championship clash with Swansea City on Wednesday at Elland Road, where they will seek a first win in three matches to boost their hopes of promotion.

Clarke has made 16 league appearances for Leeds this season, scoring two goals and attracting interest from Premier League clubs during the January transfer window.

He posted a message on Twitter, saying: "Would like to thank everyone for the support and love they have shown, massively appreciated."