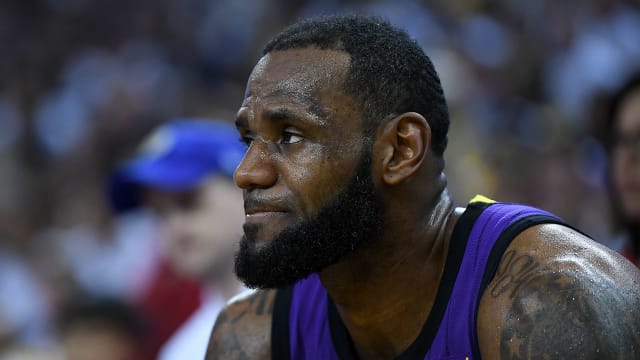 Los Angeles Lakers superstar LeBron James said he has not been surprised by the Philadelphia 76ers, who loom as a serious NBA contender in the Eastern Conference.

James experienced the 76ers first hand on Sunday - the Lakers outclassed in a 143-120 defeat at Wells Fargo Center in Philadelphia.

Kyle Kuzma and LeBron James went off, but the Lakers couldn't get enough stops on the other side of the floor.https://t.co/QG9If7WgBF

After the 76ers improved to 36-20 in the Eastern Conference, James - who was pursued by Philadelphia before he joined the Lakers in the offseason - told reporters: "I thought they were going to be very good anyway before they made any moves, before the season even started.

"And they've made a bunch of moves to improve their club."

Lakers president Magic Johnson was in attendance and the Hall of Famer had a message for the east.

"The East better watch out," said Johnson. "This is a stacked team."

Kyle Kuzma starred for the Lakers on the road, posting 39 points - 23 of those coming in the first quarter.

Kyle Kuzma came out on fire early today, dropping 23 of his 39 points in the first quarter. pic.twitter.com/JX5fPFtt88

James, meanwhile, finished with 18 points, 10 rebounds and nine assists as the Lakers dropped to 28-28 to be 10th in the Western Conference and two and a half games outside the playoff spots.

"We didn’t keep the floor shrunk and make them make many outside jumpers to begin the game, and once they started getting to the paint it kind of opened up everything else."