In-form England to face 'greatest Welsh side ever' - Jones 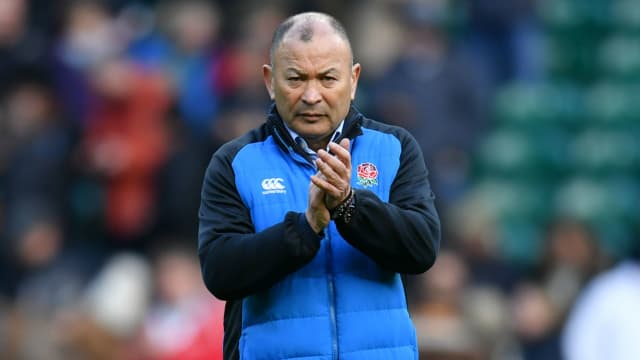 Eddie Jones has warned in-form England they must be prepared to face the best Wales side in history in Cardiff later this month.

England moved back top of the Six Nations table with a 44-8 annihilation of France at Twickenham, wing Jonny May scoring half of their six tries on Sunday.

That impressive performance followed a win over reigning champions Ireland in Dublin in England's opening game of the tournament, but Jones is mindful that another stern test awaits in the Welsh capital on February 23.

A much-changed Wales outfit equalled the longest winning run in their Test history with their 11th straight success over Italy in Rome on Saturday and Jones acknowledged England must not let their standards slip.

"There's a lot more in this team and we understand that and we're committed to being the very best we can be," Jones said at a news conference.

"When we get back together on Wednesday we'll start the process of how we can get better again.

The #GuinnessSixNations table after two rounds.

"We're playing the greatest Welsh side ever; we're going to have to be at our absolute best.

"You know you're playing against a Warren Gatland side. He's been at the top of the tree in European rugby for the last 15 years, through his club and country and the [British and Irish] Lions.

"You're playing against a tough, physical team. They contest hard at the breakdown. You've got to earn every point against them. We're looking forward to going down there. Should be fun."

May's hat-trick came inside the opening 30 minutes as England constantly exposed space behind France's back-line with a kick-chase tactic.

"Jonny May's like when you go to the park and you see someone with a tennis ball and they throw it, the dog runs 100mph and chases it and brings it back - he does that pretty well," Jones added.

Is #MOTD on tonight

Surely Jonny's hat-trick will kick off the show ... pic.twitter.com/wFhJzuKzas

With Henry Slade's try on the stroke of half-time, England had already secured a bonus point.

Two further scores - via a penalty try and Owen Farrell - followed early in the second period but neither team registered a point after the 56th minute.

"The second half I thought our performance was even better," Jones added. "Even though we didn't score as many points, our focus and our discipline to keep France scoreless was outstanding."