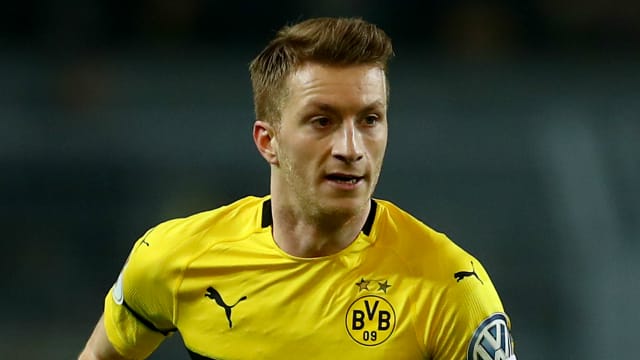 Marco Reus is not expected to recover from a thigh injury in time to feature in Borussia Dortmund's clash with Tottenham in the Champions League.

The forward picked up the injury during Dortmund's penalty shoot-out defeat to Werder Bremen in the DFB-Pokal and he missed Saturday's 3-3 draw with Hoffenheim.

The club's sporting director Michael Zorc said that the 29-year-old, who has scored 16 goals in all competitions this season, will be given more time to prove his fitness but cast doubt over his chances of featuring at Wembley on Wednesday.

"I think we will decide that in the short term," Zorc told Ruhr Nachrichten.

"But I do not expect a miraculous recovery before Wednesday."

Zorc presser ahead of #BVBTSG:

"Marco Reus suffered a muscle injury on Tuesday and will not be able to play tomorrow." pic.twitter.com/YhcnHkd0So

In better news for the Bundesliga leaders, who are winless in their last three games in all competitions, Swiss defender Manuel Akanji is nearing his return from a hip problem.

The 23-year-old has made 13 league appearances this season but has yet to feature for Dortmund in 2019.

Zorc said Akanji would need some time to rebuild his fitness having overcome the problem.

"It's nice that he's back on the pitch," said Zorc.

"Manuel is on schedule, but one must not forget that he has been out for a long time.

"It will take some time."