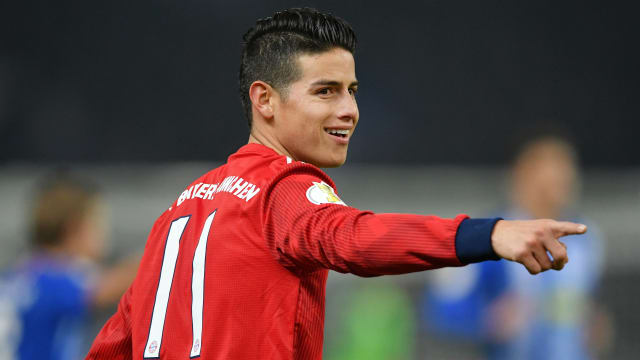 James Rodriguez believes Borussia Dortmund are now the team under pressure after Bayern Munich cut their lead at the top of the Bundesliga.

Dortmund were leading Hoffenheim 3-0 after 66 minutes on Saturday, but two goals from Ishak Belfodil either side of Pavel Kaderabek header secured a dramatic 3-3 draw at Signal Iduna Park.

Bayern then took full advantage of their title rivals' slip-up with a 3-1 win over Schalke at the Allianz Arena, which moved the champions to within five points of Dortmund.

And James says Lucien Favre's side will be only too aware that they cannot afford to drop more points before they face Bayern in Munich on April 6.

"They know if they slip up they've still got to come here, so they're under pressure too," the Colombia star told the official Bundesliga website.

"We always are [under pressure]. I think we're going to maintain a high level and I think it's Dortmund who are under pressure."