Ormsby takes the lead in Victoria 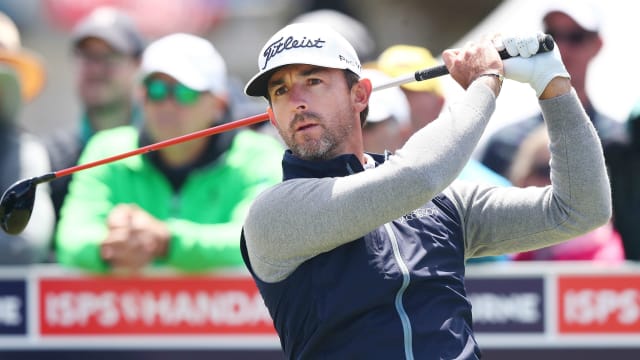 Wade Ormsby claimed a two-stroke lead after the third round of the Vic Open in challenging conditions on Saturday.

Golfers braved early rain and wind throughout the day at 13th Beach Golf Club in Geelong, but Australian Ormsby still managed to hit the front.

Ormsby, who was a shot off the pace heading into the penultimate round, carded a two-under-par 70 after recording a birdie at the final hole.

The 38-year-old, who has a solitary European Tour title on his CV, posted four birdies and a double bogey to sit at 15 under overall through 54 holes.

Matthew Stieger and Englishman Callum Shinkwin are a stroke further back heading into Sunday's final round in Victoria.

Nick Flanagan and Jason Scrivener were tied for the lead after Friday's action, but the duo dropped down the leaderboard on the weekend.

Both Flanagan and Scrivener struggled in their four-over-par rounds of 76 to leave them down on 10 under – good enough for a share of 10th position but five shots off the pace.