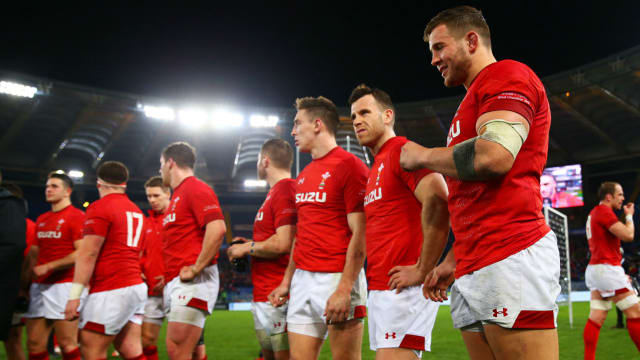 Warren Gatland believes Wales' opening Six Nations victories over France and Italy were useful preparation for this year's Rugby World Cup, even if performances were below par.

Gatland's side were 16-0 down at half-time before storming back to win 24-19 in Paris last week and in Rome on Saturday the visitors were always ahead but less than convincing in defeating the Azzurri 26-15.

Gatland made 10 changes to his XV from the triumph over France and conceded that the side lacked cohesion and fluency as a result.

But, seven months out from the World Cup in Japan, Gatland was satisfied to be heading back to Cardiff - and a date with England in a fortnight - with two wins in the bag.

"For us, there's a bigger picture that we were looking at for the first two games," Gatland told a news conference. "That was having the opportunity to get away for a week with a squad of 31 and replicating what might happen at the World Cup.

"If that was a normal year, on reflection, maybe we wouldn't have made so many changes. But we wanted to give everyone in the 31 an opportunity to be involved in the first two games.

"We didn't play as well as we would have liked. Probably part of that is that we didn't have the continuity that we would have if we hadn't made so many changes.

"There's no regret. We're two from two and we have a couple of weeks of training before England. It sets us up nicely for the England match. A lot of people will be writing us off, which is a good position to be in.

"Hopefully we'll go under the radar, have two good weeks of training and get ourselves mentally and physically right. You're not always brilliant and we weren't today. We will be a lot better against England."

Victory over Eddie Jones' side would see Wales claim a national record 12th consecutive Test win, something Gatland hopes will act as an extra incentive for his players.

"We didn't speak about the record at all this week, but we will probably talk about it before England," he said. "If this group of players achieve that, it'll be something nobody can take away from them.

"That's the nice thing about records, once you've achieved it, it's there for life … until someone else comes and breaks it, obviously!

"We've got a chance, we're at home, the stadium will be full, it'll be some atmosphere at the Principality Stadium. There will definitely be no lack of motivation in trying to beat England and break that record."