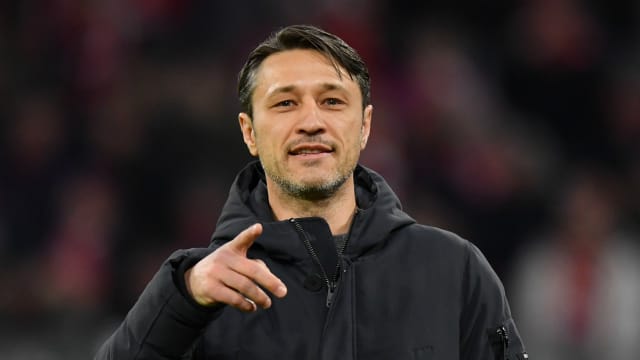 Niko Kovac said Bayern Munich's midweek exploits in the DFB-Pokal took their toll during Saturday's 3-1 win over Schalke and suggested the cup could be to blame for Bundesliga leaders Borussia Dortmund dropping points earlier in the day.

Goals from Robert Lewandowski and Serge Gnabry followed a Jeffrey Bruma own-goal and an Ahmed Kutucu equaliser to ensure Bayern bounced back from a 3-1 defeat to Bayer Leverkusen with a victory at Allianz Arena on Saturday.

The win came after an extra-time victory over Hertha Berlin four days earlier and it saw Bayern narrow the gap at the top of the Bundesliga to five points.

Dortmund let slip a three-goal lead in the final 15 minutes of their 3-3 draw with Hoffenheim, and Kovac pointed to the leaders' penalty shoot-out defeat to Werder Bremen as a possible cause of their collapse.

"We did a really good job in the first half and temporarily in the second," head coach Kovac told reporters.

"But the 120-minute cup match was noticeable, in Dortmund too. You must not allow that when you're three up after 75 minutes.

"That was a warning, but I think it was a deserved win and the right margin of victory."

Schalke boss Domenico Tedesco said Gnabry's strike in the 57th minute of the game killed his side's chances at a moment when they were battling hard to get back on level terms.

"Taken altogether it was a deserved defeat," he said. "I think we failed to close down the flanks, especially at the beginning.

"We were a bit too passive. We tried to put up a fight after half-time but conceded the third in the middle of our best spell.

"Unfortunately we were too timid. If you want to take something away from Munich you have to defend by going on the attack, we failed to do that."