Best hails Ireland reaction as champions get off the mark 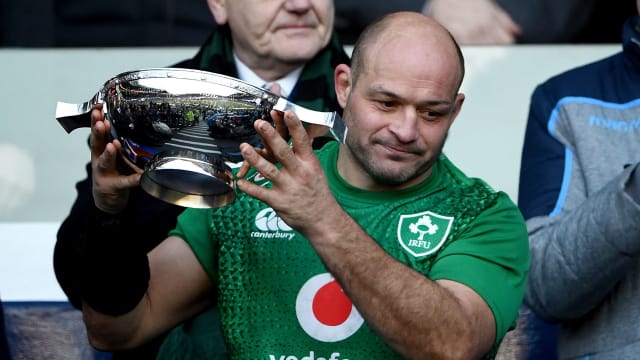 Rory Best praised Ireland for their reaction to defeat against England in Saturday's beating of Scotland, although he acknowledges they still must improve.

Last year's Six Nations Grand Slam winners were stunned by England in their Dublin opener, but they bounced back with a 22-13 triumph at Murrayfield.

Ireland lost Johnny Sexton to injury in the first half yet still had too much for Scotland, with Conor Murray, Jacob Stockdale and Keith Earls going over to pull clear of the hosts.

And while Best was still not entirely content with the performance level, he reiterated his belief in the rallying visitors.

"We have a lot of belief in what we're doing and how good a team we are," Best told BBC Sport. "That was a really tough game, it was tough mentally in the build-up to it.

Thanks for the incredible support in Scotland today. It got us over the line! #TeamOfUs#SCOvIRE#ShoulderToShoulderpic.twitter.com/GJq2UQmrri

"We asked for a reaction, we asked for a physical reaction that we probably didn't get last week and I think we got that.

"It wasn't the most spectacular game of rugby there ever was, but I think it was two teams going hard at each other and we are very, very grateful to win.

"We had our chances and we took them, we were clinical. We've obviously got a lot of improving to do but, at the same time, we just had to wear them down.

"They were well organised in defence and we knew how dangerous they would be in attack. By and large we fronted up to the task, as we had to."