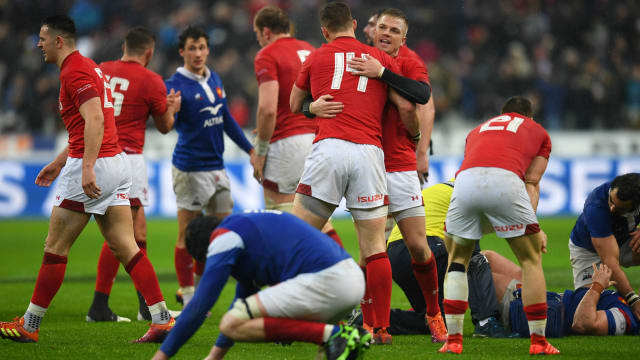 Iain Balshaw expects France to come out firing after being "slaughtered" for their capitulation against Wales but feels they could be in for a thrashing if England hit top gear at Twickenham.

Les Bleus held a commanding 16-0 lead in the opening game of the Six Nations at Stade de France last Friday, but capitulated in the second half to go down 24-19.

George North was gifted two tries as Jacques Brunel's side threw it away in Paris and they have been slated in the French press for such an almighty collapse.

Rampant England were outstanding in a 32-20 victory over 2018 Grand Slam winners Ireland in Dublin last Saturday and are strong favourites to gain revenge over France following a defeat in Paris last year.

Former England wing Balshaw is predicting a strong start from France, but does not envisage Eddie Jones' men slipping up on Sunday.

The World Cup winner, who lives in France, told Omnisport: "If France play like they did in the first half against Wales, it's going to be a tough match but if they don't and England carry on where they left off, with 30 minutes to go England could really run away with it.

"France will know they will have to be on their mettle because England made Ireland look average, which is a fantastic compliment against a team that have won the Grand Slam last year and beaten New Zealand twice."

Balshaw was baffled by the manner in which France let a win slip through their fingers against Warren Gatland's men.

He added: "The game was done and dusted, they gifted Wales two tries. They got absolutely slaughtered in the press and the word is [in France] they are going to get smashed, but I think they will come out strongly. I think it would have been a kick up the backside.

"It's very hard to pinpoint it [why France fell apart against Wales]. You have to wonder what was said at half-time. It's hard to understand. Did they take their foot off the gas? Was there some complacency? Yes, there probably was.

"When you are that far ahead at half-time you can get complacent. They did, but the best teams don't, they put you to the sword and beat you by 40.

"France have some exceptional players, but we won't be complacent and I expect us to win."